Sorry folks, all that talk about headphones means we almost forgot about this.

Mario is coming to smartphones. Just in time for Christmas.

Announced as part of the the Apple event on Wednesday, Super Mario Run will see the gaming's most iconic hero make his way to iPhone and iPad this December. 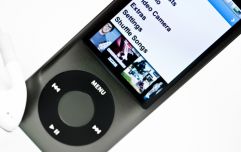 Apple is finally killing off iTunes for good

END_OF_DOCUMENT_TOKEN_TO_BE_REPLACED

A fun spin on the "endless runner" genre of mobile games, Super Mario Run will Mario automatically run across levels, while your taps allow him to jump and pull off all manner of nifty manoeuvres in what looks like a modern update of classic Mario Bros gameplay.

As Shortlist reports, the game will have a number of distinct modes to prolong gameplay. Along with the main storyline there will be a cool 'challenge' mode that sees you try to beat other players' scores by 'collecting coins and impressing Toads with daring moves'.

Sounds like a fun way to give Mario on the move a fun multiplayer element.

Added to that, there will be a creator mode, that allows you to build your own Mushroom Kingdom using the coins and Toads collected by playing the first two game modes.

Now that is something we cannot wait for. 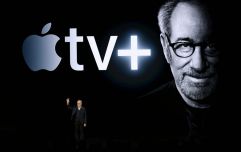 END_OF_DOCUMENT_TOKEN_TO_BE_REPLACED

Despite being announced at an Apple event, Android users shouldn't fret - as we understand it a version of the game will be available at a later date.

And best of all, Super Mario Run is promising ton provide its basic experience for free, with some "additional" content available to purchase later.

Oh Nintendo, you are spoiling us this winter.

popular
Newcastle sponsorship deals to be blocked after Premier League clubs hold emergency meeting vote
Outcry after woman sentenced to four years for miscarriage of 17-week-old foetus
Salt Bae's London restaurant is being flooded with negative reviews
Nigel 'officially extinct' as a baby name as no babies registered in 2020
Weird 'blacked out' island on Google Maps sparks wild conspiracy theories
Fans praise Chris Evans for being honest about his mental health
Guy injects magic mushrooms into his veins and they started growing in his blood
You may also like
News
EU wants every phone to have same charger, even iPhones
News
Apple to start scanning people's messages and photos to find child abuse
News
iPhone users could get £750 compensation from Google for data tracking
Life
Apple to unveil 217 new emojis, including gender neutral faces
Life
The new iOS 14.5 update will let you unlock your phone with a mask on
Next Page