Martin Shkreli's fuckery has finally caught up with him.

Charged with defrauding investors in Retrophin, the pharmaceutical company he co-founded, Martin Shkreli is currently in jail awaiting his March 9th sentencing. 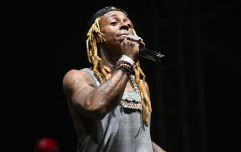 END_OF_DOCUMENT_TOKEN_TO_BE_REPLACED

As part of his conviction, Judge Kiyo Matsumoto has ordered the "playboy of pharmaceuticals" to forfeit $7.36 million in assets, which includes the one of one Wu-Tang Clan album Once Upon a Time in Shaolin.

The album, which was created to only be owned by one person, is one of the most sought after musical projects of the past five years. A bidding war ensued when RZA announced its existence and Shkreli ended up the bidding victor, paying $2 million for it.

"There's a lot of things rich guys do to show off," Shkreli told The Breakfast Club when asked why he purchased Once Upon a Time in Shaolin. "The press thing is a part of it, but it's also to show your friends, or your last company, like, 'Hey, fuck you, look at me, I got this $2 million album.' Guys do that all the time."

Other assets Shkreli will more than likely have to give up include the unreleased Lil Wayne album Tha Carter V, that he supposedly has in his possession, a Pablo Picasso painting, and his $5 million bond.

Shkreli is facing 10 years or more in federal prison if found guilty.