Macaulay Culkin discussed the reason that led him to leave Hollywood as a child in a recent podcast.

END_OF_DOCUMENT_TOKEN_TO_BE_REPLACED

The 37-year-old claimed his father, Kit, was 'mentally and physically' abusive, threatening and 'jealous' of him.

He opened up about his troubled childhood to Marc Maron on his WTF podcast.

He said: "My father was jealous of me. He made threats including, 'Do good or I'll hit you'.

"He was a bad man. He was abusive. Physically and mentally. I can show you all my scars if I wanted to. Everything he tried to do in life, I excelled at before I was 10 years old.

"Our 1994 divorce was 'one of the best things that's ever happened' as it led to me leaving the industry. I wanted to take a break for a while and eventually I was like, 'I'm done guys, hope you all made your money because there is no more coming from me'." 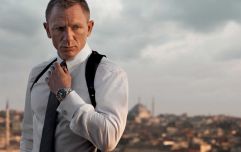 END_OF_DOCUMENT_TOKEN_TO_BE_REPLACED

Culkin began acting when he was just four years old. He went on to become an internationally recognisable star after he starred as Kevin McAllister in Home Alone.

He famously 'divorced' his parents when he was 15,  suing his parents for $17 million (£12.2 million) in earnings during a custody dispute that also saw them removed as his legal guardians.

Culkin's dad Kit is now reported to live in Arizona and when approached by the Daily Mail last year, he told reporters he 'doesn't consider Macaulay to be his son anymore'.