Joe Rogan invites Kanye West to appear on his podcast

This would be interesting to say the least

Kanye West has been flooding each and everyone's timelines on Twitter as of late.

Firstly, he came at Drake with a series of accusations. Now, the legendary rapper is discussing his mental health in detail, and the affect it has had on his life and his music.

He said that he cannot make the standard of music that he wants to make while he's being medicated:

He went on to say that he is six months off of his medication, and that he is loving the new music he is working on.

I’m loving the new music I’ve been working on. 6 months off meds I can feel me again. Remember when dark fantasy came out I used to tweet a storm also. 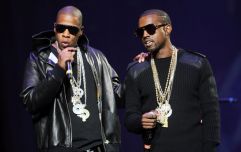 END_OF_DOCUMENT_TOKEN_TO_BE_REPLACED

In a tweet responding to a Kanye post which read: "I've been trying to do a serious interview speaking on mental health but it seems as though all members of press are afraid to speak to someone who has been diagnosed but is still everyone's favourite super hero", Rogan offered an invitation for the rapper to come on to his podcast - the Joe Rogan Experience.

I would be happy to talk to you about it for as long as you’d like. https://t.co/jPCeNJ5nmB

Joe Rogan's podcast is one of the most listened to in the world, racking up millions of views and listens every single week.

We have our doubts as to whether or not this will actually happen, but if it does we imagine it will be his most listened to episode yet.