After years of cooking meth with Walt as Breaking Bad's Jesse Pinkham, it's no surprise Aaron Paul had been trying to stay away from drug roles.

But he couldn't resist taking on the darkest script of his career in crime thriller Triple 9. 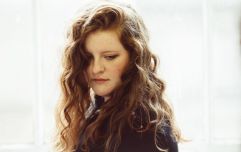 Music To Live By: The hottest artists of 2016 share the soundtrack to their lives

END_OF_DOCUMENT_TOKEN_TO_BE_REPLACED

Speaking of the script, Aaron said: "I was blown away form page one."

After a screening of the film, I caught up with the star at London's Corinthia Hotel where I told him I was pleasantly surprised at the movie. Corrupt cops, Russian mafia, blood, bombs, a violent heist, I thought I'd seen this film before.

But with this cast, Winslet in her first villainous role as a super-bitch mafia boss (in incredible red boots) and a twisting, sophisticated story portrayed in Hillcoat's distinctive gritty style makes the film a must-watch. 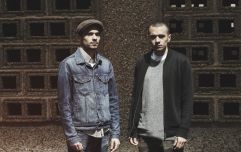 Music To Live By: The hottest bands of 2016 share with JOE the soundtrack to their lives

END_OF_DOCUMENT_TOKEN_TO_BE_REPLACED

It's a different role for Chiwetel Ejiofor - who plays one of the nastiest members of the heist crew - too. The British actor is incredibly natural with a gun and dare I say it but another contender for the next James Bond? Seriously, he's a extremely convincing action badass.

After talking crack, cold turkey and guns with Aaron, we also spoke about the rumours of him working with his good pal Bryan Cranston again, this time in Better Call Saul...

Here's what he had to say.