Fan of The Weeknd? You're going to love the new song from Bazzi

Comparisons don't always have to be bad, you know?

I've spoken to a lot of artists over the years and I've come to realise that some like comparisons, some don't. As a journalist we're always trying to find a new way to describe something or someone after we've written about it time and time again. 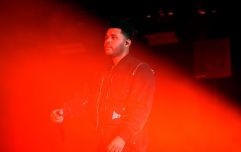 The Weeknd, SZA and Travis Scott will have new song in final season of Game of Thrones

END_OF_DOCUMENT_TOKEN_TO_BE_REPLACED

For me it's not about comparing an artist so much, it's more about finding a easily digestible way to introduce someone's sound to a new audience.

I love this kid. He's extremely talented and I think he's got something special going on. It's not just about a voice - although his has such a gorgeous tone to it - it's about the feel of what he's delivering. His aura mirrors that of a young Abel Tesfaye (or The Weeknd for those who aren't as up on the Canadian singer as some).

Following his breakthrough smash "Mine" - a track I can't get enough of and still play at least twice a day - Bazzi has now dropped off his new single, the airy "Honest".

It's a song that touches upon regret and romantic betrayal, something that I'm sure most of us can relate to. But instead of not wanting to bruise his male ego he's happy to admit perhaps he was a part of the problem. It's about how being stubborn can wreck a good thing.

Pair this honesty that makes him vulnerable and human with the synth-laden backdrop, some modest guitar strumming and the light drums that don't overpower the vocals, and you've got a beautiful hypnotic record that feels like Bazzi's on his way in the same way The Weeknd did in 2011 with House of Balloons.

Aside from the release of the new single, Bazzi has also announced that his eagerly anticipated debut album will arrive April 12th via iamcosmic and Atlantic Records.

popular
'Super recogniser' draws 'accurate' modern Maddie McCann to help police find her
Mum in jail for murder pays tribute to son, 6, killed by his dad and new girlfriend
Bride faints on groom, vomits and gets pooed on during ceremony
Chilling video shows moment step mum tried to get away with murdering boy, 6
'I did three grams of coke during a game': Inside football's problem with Class A drugs
Bellingham and Haaland criticise refereeing performance after Bayern Munich defeat
The JOE Friday Pub Quiz: Week 272
You may also like
Music
Daft Punk have split up after 28 years
Music
QUIZ: How well do you remember the music of 2020?
Music
Bad Bunny and The Weeknd are the most streamed artists on Spotify in 2020
Music
The JOE Music Quiz: Week 11
Music
Belly: "Music is my therapy, my situation would be much worse without it"
Next Page