Twenty years of Family Guy: A show that changed the world of television

The year is 1999 and the Fox Network is gearing up to launch a new adult animated comedy. It came from the minds behind one of the network’s biggest hits and arrived with a gargantuan weight of anticipation and expectation. It was going to be the new Simpsons.

The show was Matt Groening’s Futurama, and while it developed a dedicated cult following its ratings were well below those of Springfield’s finest and it was cancelled after four seasons.

Instead, that same spring, another show would fill that slot. It came from an unknown 25-year-old writer-animator from New England called Seth MacFarlane, who’d had previously worked as a storyboard artist on shows such as Johnny Bravo and Dexter’s Laboratory.

The state of American primetime animation at the turn of the century was weird. Since the early 1990s, waves of imitators had tried to cash-in on The Simpsons’ success, but few shows had stuck around. Both South Park and King of the Hill had debuted in 1997, but network TV was still churning out forgettable adult cartoons in the hope one would stick, like The PJs, Dilbert and Gary & Mike.

Debuting after Super Bowl XXXIII on January 31st, 1999, Family Guy did not initially appear to be the answer to that riddle. Focused around overweight, lazy father Peter Griffin, his long-suffering wife Lois, and their three kids, on first glance it looked a lot like a blatant rip-off of the ultra-successful yellow-skinned family.

Yet after two decades, one cancellation and about a million controversies, Family Guy is still going strong and had a hand in shaping the modern cultural landscape.

It popularised the cutaway

If there was one thing that made Family Guy stand out in the early years, it was the cutaways. 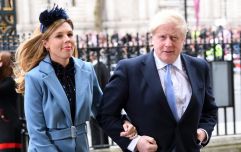 END_OF_DOCUMENT_TOKEN_TO_BE_REPLACED

A character would go “Remember the time when…” and we’d smash-cut to an unrelated scene or joke. Notoriously, South Park even depicted the writing staff as being manatees plucking random balls out of the water to choose these scene. But in truth, that criticism was somewhat unfair, and it felt pretty radical and hilarious when the show first began

Possibly the show’s most celebrated cutaway was Peter’s 90-second fight with a giant chicken in the season two episode 'Da Boom'. It displayed early Family Guy at its very best, allowing the animators to indulge in every action movie cliché imaginable and to disregard narrative structure completely t0 instead do what they thought was funny.

It fuelled the DVD revolution

The show had its fans in the early days, but it constantly flirted with cancellation. And after being put up alongside mega-hits like Frasier and Friends ratings dwindled and Fox finally announced it was pulling the plug in 2003.

But the show was saved after it went on to become the best-selling television DVD of the same year and Fox - seeing dollar signs - commissioned 35 new episodes, with the show returning to the network in May 2006.

The early-to-mid 2000s were the golden era of DVD, especially for television shows. True, TV programmes had been released on VHS for many years, but discs were far cheaper to produce and having the entire run of long-running series on videotape used to take up as much room as a small caravan

DVDs revolutionised how we viewed and consumed TV. Densely plotted series like The Wire could be watched in order from the beginning and your favourite instalments of episodic shows could be watched and rewatched to your heart’s content. 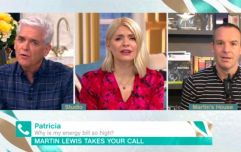 END_OF_DOCUMENT_TOKEN_TO_BE_REPLACED

Family Guy was the perfect show for this new world. In teenage bedrooms and dorm rooms across the Western world, young adolescents would kick back, hang out, and possibly smoke up with the adventures of Peter, Brian et al on repeat.

Not only did it give Family Guy a second chance, Fox's decision would set a precedent for other beloved by not-always-successful shows to come back from the dead, with everything from Futurama to Arrested Development to Veronica Mars making similar resurrections.

Prior to the revival, reruns have also found a home on the nascent Adult Swim, Cartoon Network’s then-new late-night block for stoners and night owls. Family Guy quickly became the highest rated show on the block and its success gave space for Adult Swim to grow its own identity and original programming.

Adult Swim has been one of the most influential voices in comedy. Strange, unique, wonderful shows like Tim & Eric Awesome Show Great Job, The Eric Andre Show and Aqua Team Hunger Force have defined what now been dubbed 'Weird Millenial Humour'. But programmes like this are by their very definition niche and often take time to find an audience.

It’s unlikely that would have happened without the reliable ratings boost Family Guy reruns gave them. If the show had not propped up Adult Swim in the earlier years, viewers would never have got to Rick & Morty.

It gave us the Seth MacFarlane extended universe

END_OF_DOCUMENT_TOKEN_TO_BE_REPLACED

Debuting in 2005, American Dad was not actually a spin-off of Family Guy - but rendered in the same MacFarlane-style, it might as well of been. It also had a suspiciously similar set-up of a nuclear family with two surreal additions. However, in the decade or so since, it has developed a real identity of its own, pushing hard on the weirdness that the CIA setting allows for.

A concrete Family Guy spin-off would come with 2007's The Cleveland Show, following the Griffin's neighbours moving to Virginia, and yet again focused on a family unit with anthropomorphic ancillary characters. Unlike American Dad, it never really found its footing and was put out of its misery after four seasons.

MacFarlane was also able to make the jump to Hollywood. Ted was a lot of fun, and it made enough money that he even got a shot at being a leading man, and be fought offer by Charlize Theron and Amanda Seyfried in the turgid  A Million Ways To Die In The West. That was a bizarre anomaly that will never happen again, but does he still gets to star in his own Star Trek fan-fiction show The Orville on Fox.

ITV2 wouldn't be the same without it

Family Guy has reached the point where it doesn’t matter if the show any good or not, or even if people still watch it.

The show is the successor to The Simpsons, not in subject matter or tone, but in the fact that it is ubiquitous. It is always on late-night TV when you can’t sleep. The characters are everywhere. You can’t go on Facebook without seeing a Stewie gif.

In 2012, MacFarlane confirmed that he was producing a Family Guy movie, though despite semi-regular rumours nothing concrete has emerged. A big-screen version could be the rejuvenation it needs or its final death rattle. But it doesn’t matter really – Family Guy in its own way has changed television for the better.

popular
The JOE Friday Pub Quiz: Week 227
The Only Way Is Essex star Mick Norcross dies, aged 57
A definitive ranking of every swear word from worst to best
Deep fake meme lads sing sea shanty that will make you want to abandon your childhood sweetheart and circumnavigate the globe
Police break up wedding party with 400 guests at school
'Kent variant' of Covid could be 30% more deadly than original strain, PM reveals
People think Jennifer Lopez lip-synced at Joe Biden's inauguration
You may also like
Entertainment
QUIZ: How well do you remember Ted's Golden Cleric speech in the Father Ted Christmas special?
Entertainment
QUIZ: How much of an Only Fools and Horses expert are you?
Entertainment
QUIZ: How well do you remember the TV Shows of 2020?
Entertainment
Mrs Brown's Boys to continue until at least 2026, Brendan O'Carroll confirms
Entertainment
The Crown should come with a fiction warning, says culture secretary
Next Page