Clarkson, Hammond and May: "There's camaraderie, but it's creatively fuelled by loathing"

It's a chilly morning in London's King's Cross. In the back rooms of a fancy hotel, we meet Jeremy Clarkson, Richard Hammond and James May.

Not content with launching the most anticipated show of the year - The Grand Tour, you might have heard about it - they're embarking on another digital excursion: DriveTribe, "an experiential social platform for every fan of every car and bike culture imaginable."

END_OF_DOCUMENT_TOKEN_TO_BE_REPLACED

We meet on the day of the launch, but they'd been having some difficulty navigating Apple's notoriously trixy App Store upload system that morning. Clarkson lays the blame squarely at James' feet.

"He's the most tech savvy out of the three of us, which is why the app is four hours late," he says, miming an impression of a fuddy-duddy James May at a keyboard, murmuring technical bletherings to himself. James isn't going to stand for that. "I'm higher up the technical pecking order than he is," he responds. "But then so are most animals."

Even when they're not racing clapped-out old motors across far-flung nations or gunning supercars around rainy racetracks, they're still having a pop at each other. It's what makes their partnership work, and it hasn't gone unnoticed.

"I don't think the three of us would be mates if we were all at Sixth Form or university," James notes. "There's camaraderie, but it is creatively fuelled by a little nugget of loathing. People always go on about 'magic chemistry'. They think it's a buddy movie - it's conflict." He pauses. "We'll call it 'creative tension'."

END_OF_DOCUMENT_TOKEN_TO_BE_REPLACED

This creative tension must have been stretched to the limit, given the amount of time they've spent together recently. "On average, over the last five months there's only been one day a week at most where I haven't seen one of them," James says. "There probably hasn't been a day at all when I haven't communicated with them in some way. It's horrific, bearing in mind we don't even like each other."

It's been a bit of a whirlwind since the three of them, along with producer Andy Wilman, decided to leave BBC's Top Gear for pastures new. It's fair to say that The Grand Tour has been an out-and-out success. Amazon don't release viewing figures, but one suspects that Jeff Bezos and co will be seeing a decent return on their "very, very, very expensive" deal. But we're not here to talk about The Grand Tour. We're here to talk about the trio's next step into the digital world. 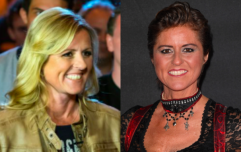 END_OF_DOCUMENT_TOKEN_TO_BE_REPLACED

DriveTibe is part-social media site, part-content distribution platform. Users sign up and are invited to join 'tribes' - each tribe is dedicated to a different subculture or genre of driving and cars - if it's automotive, there'll be a tribe for it.

"The whole idea of this is to really pull out, to the Nth degree, everything that makes a petrolhead a petrolhead," says Hammond. "Whether they’re loving old rusty trucks or photographs of supercars in the street, this should address all of those in a way that you never can on a long-form television program."

The number and eclectic variety of available tribes is quite astonishing. Clarkson, Hammond and May all head up their own tribes, where they can post pictures, videos, articles, thoughts, anything - most recently Clarkson logged an almost parodically Clarksonesque post entitled, "Why I hate motorcycles". There are broader tribes for fans of Formula 1, Alfa Romeos, and of course, The Grand Tour.

But users are encouraged to make their own tribes, and they can be as niche and specific as they want."There's Dogs in Cars," Richard says. "I was initially very dismissive of it: ‘That's ridicu-, oh, it's got masses of followers already’." Of course it has. How could it not?

"One that was very small to start with was Shitty Car Mods," James adds. "Someone posted a picture of a Vauxhall Corsa with an air scoop that had obviously been made out of half a tupperware pot and decorated with Sharpies. I actually quite liked it, I thought it was cool."

Clearly DriveTribe is not meant to be the online equivalent of a dusty old boys' club where men talk about head gaskets and carburettors over warm pints of bitter. DriveTribe is sleek and modern (you'd hope so - there's a $13m investment to live up to) but crucially it's inclusive, something the three are very proud of.

"It's one of the reasons that we three are uniquely positioned to do it," says Hammond. "In our shows in the past we enjoyed a particularly broad audience, across the ages, sexes, demographics. That kind of happened naturally and we wanted to protect it going into The Grand Tour, and I hope this has the same vibe."

"This is everything for people who are into one tiny aspect of cars, but this is also a place where you can go and laugh at cars," adds James. " Or even if you don't like cars; you could have an 'I Hate Cars' tribe, and why not? I'll contribute to that. It's a healthy debate."

With The Grand Tour dominating online streaming and the three dipping their toes into the murky waters of social content, the only areas of the internet left to conquer are surely e-commerce and pornography - "And why wouldn't we?" interjects Jeremy - so how did three middle-aged men find themselves at the centre of the internet?

"It's in all of our lives, all of the time - there's just no point fighting it," Jeremy says. "If you look at the BBC, brilliant organisation, but it has to spend a percentage of its money on making programs that are on now, and fuck knows what they're showing - nothing we'd want to watch. But they're going, 'Oh god, we've got empty space, we've got to fill it'.

"With streaming services, people can choose what they want to see and interact with, so as soon as you have that ability then those of us who are in the business of providing entertainment have to capitalise on it."

We're permitted one or two off-topic questions, so we hop in the Land Rover and immediately veer off the beaten track. As viewers of The Grand Tour will know, the celebrity guest segment is really more of a celebrity death segment, with famous visitors being offed in a variety of amusing ways.

When asked which celebrity he'd like to kill, Clarkson suggests Johnny Morris, presenter of Animal Magic, a BBC show that ran from '62 - '83. It's an obscure choice, and Morris already died some years ago, so why him?

“Because he told me to bugger off when I was four when I asked him for his autograph.” Evidently the stinging rejection four-year-old Jeremy felt that day has clung to him through the years, maybe even shaping the looming figure of controversy we know today. Or it's just a funny answer to a stupid question.

"I always think that there are going to be kids who I've told to bugger off when they've asked for my autograph because I'm working or whatever; they're going to grow up with a deep-seated hatred of me," Clarkson mused.

"When it's announced on the radio that I've died they're going to whoop. There'll be a collective cheer across the country." The same question is put to James May.

"Can I kill Jeremy Clarkson?"

popular
ITV News' intro to Downing Street Christmas party clip is absolutely brutal
Majority of people think Boris Johnson should resign, according to new poll
The FootballJOE Pub Quiz: Week 17
Electrician jailed after castrating several men at their request in Germany
Robbie Savage 'started to tear up' as son Charlie is named on Man Utd bench
Met police to review leaked video of Downing Street aides joking about Christmas party
Boris Johnson apologises for a party he says didn't happen
You may also like
News
Jeremy Clarkson's Range Rover dumped with compost by eco-protestors
Crime
Jeremy Clarkson says group of men tried to take a photo of his penis
Food
James May is getting his own cooking show
Entertainment
Top Gear's guide to dealing with bad drivers
Entertainment
The Top Gear guide to Lancashire Slang with Paddy McGuinness, Freddie Flintoff and Chris Harris
Next Page