1) "The lone wolf dies but the pack survives"

We finally know what Sansa meant by her cryptic line in the season trailer.

Ever since the first episode, it's clear that Jon Snow and his Uncle Benjen were close, but it's a shame that their reunion was so fleeting.

While some people have wondered how Benjen just magically appeared to recuse his nephew, it's probably an indication that Bran has actually learned how to control becoming the Three-Eyed Raven.

In the previous season, Benjen saved Bran and Meera from an horde of wights after stating that the Three-Eyed Raven had sent for him.

It's fair to assume that Bran has now learned how to communicate with him using his powers, and sent him to save Jon.

2) The poetic rescue on Benjen's horse

Before Jon was killed by the mutinous members of the Night's Watch at the end of Season 5, he was told by them that his uncle had arrived on horseback and was waiting for him in the courtyard of Castle Black. Jon fell into their trap and was ultimately killed.

In this episode, Benjen and his horse showed up to save Jon Snow's life. Poetic.

Because of Benjen:
-Sam found dragonglass
-Jon met Ygritte/Tormund
-Bran is alive
-Jon is alive
And now his watch has ended.#GameOfThrones pic.twitter.com/fUB8uIFZcd

Pro: We now know that by killing White Walkers - the wights that they created are instantly killed also. Bottom line, kill the Night King and the war is over.


Con: The Night King now has the equivalent of a nuclear bomb to use during The Great War. Christ, he could even spear a dragon from the ground!

END_OF_DOCUMENT_TOKEN_TO_BE_REPLACED

Alan Taylor directed the episode when Daenerys gave birth to her dragons, it's fitting that directed the 'death' of Viserion.

Right now, there are so many questions about Viserion.

Is the dragon now a wight, similar to the polar bear that attacked Thoros earlier in the episode? It's possible that the dragon is more similar to a White Walker. After all, the Night King didn't physically touch the dead in "Hardhome" when he turned them into wights — he merely raised his arms.

In this episode, we see the Night King physically touch the fallen dragon. Just like he did with Craster's children.

If the dragon is a White Walker (White Flyer to be more specific), then somebody better make a Valyrian steel/dragon glass arrowhead that can down it.

Mmm, where have we seen a weapon like this before?

After all, it appears that fire doesn't harm White Walkers, only wights.

Ok, what about the other questions? Can an undead Viserion still breathe regular fire? Will he breathe ice now?

Can he transport the White Walkers beyond the Wall, or is it still bound by the magical defences that are in place? This being said, dragons also have magical properties that might help.

Here's what George R.R Martin has said about ice dragons in his books: "These colossal beasts, many times larger than the dragons of Valyria, are said to be made of living ice, with eyes of pale blue crystal and vast translucent wings through which the moon and stars can be glimpsed as they wheel across the sky.Whereas common dragons (if any dragon can truly be said to be common) breathe flame, ice dragons supposedly breathe cold, a chill so terrible that it can freeze a man solid in half a heartbeat [...] As ice dragons supposedly melt when slain, no actual proof of their existence has ever been found."


Will Viserion freeze the sea around Eastwatch? Can he make a 700 feet tall ramp of ice that reaches to the top of the Wall? Can he still breath actual fire and melt a gigantic hole in the Wall?

As Benjen says :“The Wall’s not just ice and stone. Ancient spells were carved into its foundation. Strong magic. To protect men from what lies beyond. And while it stands, the dead cannot pass. I cannot pass."

4) Bear Island goes beyond the Wall

It's fitting that the man from Bear Island was the person to deliver the fatal blow to that zombie bear. Leo in The Revenant has nothing on Jorah!

We're happy to see it appear.

We've seen the new actor before, but his role was far more prominent in this episode.


We already mentioned why Joer, Jorah and Ned Stark had a somewhat complicated history, but what about Beric Dondarrion? 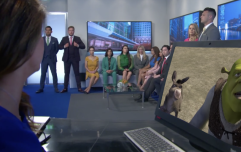 END_OF_DOCUMENT_TOKEN_TO_BE_REPLACED

In his conversation with Jon, Beric mentions how Ned Stark had previously sent him off to bring the Mountain to justice. This request was made in the first season when after hearing of the atrocities committed by Ser Gregor Clegane, Ned Stark, acting as the Hand of the King, orders Beric to take a hundred men, ride to Ser Gregor's keep and execute him for treason and murder.

The Mountain ends up killing Beric by driving a lance through his chest.

Although fans are desperate to see The Hound fight his brother, it's possible that Beric could finally finish Ned's mission at some point.

After all, he must have survived beyond the Wall for a reason.

We all saw Jon Snow's expert kill and it's worth a million other looks.

Nonchalant, ruthless and cold. The King in the North!

Compare it with this.

What was going on in the background here? Clearly the CGI budget ran out because someone is just swinging a spear at nothing.

Like the rock that The Hound threw at that wight, you couldn't escape the fact that this episode went heavy on the issues of family, children and succession.

Jorah was happy to pass on the Mormont sword, Longclaw, to Jon by saying "may it serve you well & your children after you." That's clearly his own way of giving Jon and Daenerys his blessing.


In Dragonstone, Daenerys gets annoyed at Tyrion when he mentions the issue of her successor to the Iron Throne - should Daenerys die in combat.

Finally, Dany tells Jon that she can't possibly have children.

Yeah, we believe you (cough, cough)

if anyone wants depression, this is jon's face when dany removes her hand from his pic.twitter.com/1CfkW7Qr8k

Let's get this straight.

She started in the south with Renly Baratheon, went north with Catelyn, was sent back to King's Landing with Jaime, went north again searching for the Stark girls, then even further north to The Wall, then south to Riverrun, back north to Winterfell and now she is sent south again to King's Landing.

Christ, Tormund better know what he's getting himself into with this long distance relationship.

This being said, he'll still be happy to "make babies with her. Great big monsters. They'll conquer the world."

The Hound really did put it best by saying : "How did a mad fucker like you live this long?"

The last person to call Daenerys this didn't last long in Game of Thrones.

We've a feeling that Jon won't meet the same ending as Viserys.

After The Hound throws the rock that smacks the wight's chin off, Jon's look to him is absolutely priceless.

Take a look at Jorah's daggers and The Hound's pickaxe. They weren't mining that material in Dragonstone for nothing.

13) A girl knows nothing

We're assuming that Arya's tension and issues with Sansa is a clever trap to lure Littlefinger closer - more on that here - but Arya's description of how Sansa behaved when Ned Stark was killed isn't exactly fair.

During that infamous episode, you can see that Sansa was visibly upset, shocked and angry at the idea of her father dying.

14) The Night King is far more powerful than you imagine

Wonder why he waited and didn't attack Jon Snow and his suicide squad on that rock ?

He was doing reconnaissance with Jon Snow's group. After Jon and his team caught the wight, you can clearly see his eyes change.

It's very possible that the Night King warged into his soldier that was caught behind enemy lines.

We've got a very detailed take on the Night King here.

15) Craster and his kids

Remember Craster? He was the guy who sacrificed all his newborn sons to the White Walkers.

Well, there is a strong similarity.

popular
The big JOE quiz - guess the emoji footballer
The exceptional documentary on George Best is on TV tonight
The JOE Friday Pub Quiz: Week 183
QUIZ: The hardest Gavin & Stacey quiz you'll ever take
PlayStation and Xbox users will now be able to play against each other online
A definitive ranking of every swear word from worst to best
The JOE Friday Pub Quiz: Week 184