The unvaccinated become 'breeding grounds' for the virus, according to experts

Not only do the unvaccinated risk their own health, but their bodies become variant factories - at least that's what Dr William Schaffner says. 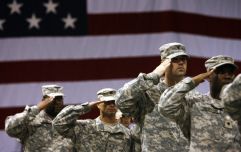 END_OF_DOCUMENT_TOKEN_TO_BE_REPLACED

A professor in the Division of Infectious Diseases at Vanderbilt University Medical Center, Dr Schaffner spoke to CNN recently.

"The more unvaccinated people there are, the more opportunities for the virus to multiply.

"When it does, it mutates, and it could throw off a variant mutation that is even more serious down the road."

"The more we allow the virus to spread, the more opportunity the virus has to change," the World Health Organisation advised. (Photo: Getty) 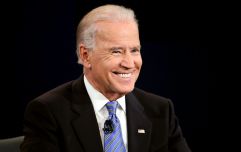 END_OF_DOCUMENT_TOKEN_TO_BE_REPLACED

All viruses change and evolve, as we have previously seen with the Delta variant that is currently running rampant and unchecked across much of Britain.

Though variations can be minor, insignificant even, there is potential for it to develop an advantage we are powerless to predict. If a mutant version infects enough people, then it becomes a variant. 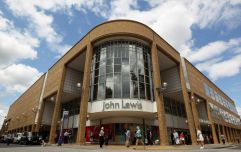 END_OF_DOCUMENT_TOKEN_TO_BE_REPLACED

But it cannot replicate and mutate inside of a person that has been vaccinated. So, enter the person so steadfast in their belief to not be vaccinated, a.k.a a 'walking factory'.

"As mutations come up in viruses, the ones that persist are the ones that make it easier for the virus to spread in the population," said Andrew Pekosz, a microbiologist who also spoke to CNN.

"Every time the viruses change, that gives the virus a different platform to add more mutations. Now we have viruses that spread more efficiently."

Though the Alpha and Delta variants are arguably the most well-known now, there are still many other mutations out there. It is almost like a pick and mixes where all the candy happens to disease.

The biggest issue surrounding the unvaccinated is not the risk of their own health, which they have a right to do, but the fact they could produce more variants the rest of us cannot combat with the current vaccine. "My body, my choice" seemed like a valid argument for a while, but actually, that choice could be putting others in harm's way.

popular
Incredible case of the only known individual whose parents were two different species
Cyclists may have to get number plates under radical shake-up of road laws
Darius Danesh opened up about his health struggles before his tragic death aged 41
Alec Baldwin: 'Everybody who was there knows exactly who’s to blame' for Halyna Hutchins' death
TikTokers are utterly convinced there is a secret zombie apocalypse going on in China right now
Darius Danesh pictured with Gerard Butler before his death
Pop Idol star Darius Danesh found dead aged 41
You may also like
Sport
Thomas Tuchel admits he will 'think twice' before signing unvaccinated players
Sport
Unvaccinated players set for quarantine upon arrival at Qatar World Cup
Sport
Unvaccinated Chelsea players set to miss Champions League tie in Lille
Sport
Formula 1 to make covid vaccines mandatory for all personnel this season
Sport
Ex-Werder Bremen coach handed ban for faking covid vaccine document
Next Page