The coronavirus pandemic has had a devastating impact on the mental health of frontline NHS workers, according to a new report.

END_OF_DOCUMENT_TOKEN_TO_BE_REPLACED

Hospitals across the country have become increasingly stretched due to the impact of Covid-19. A major incident was recently declared in London, for example, as a result of hospitals in the capital becoming overwhelmed and unable to cope with the pandemic.

It seems these pressures have had a discernible effect on the mental health of NHS staff.

Almost 50% of staff working in ICU displayed symptoms of PTSD, depression or anxiety. Nearly one in five nurses working in intensive care units reported "thoughts of self-harm or suicide".

Disturbing findings of new report into the mental health of frontline NHS staff.

-Nearly half of intensive care staff reported symptoms of PTSD, severe depression or anxiety.
-More than 1 in 7 drs and nearly 1 in 5 nurses working in ICU reported thoughts of self-harm or suicide.

According to The Independent, the number of doctors receiving treatment for mental health problems has doubled since the onset of the coronavirus pandemic. 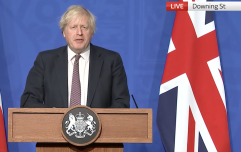 END_OF_DOCUMENT_TOKEN_TO_BE_REPLACED

In this survey, 45 percent of doctors and nurses working in an intensive care unit reported PTSD, anxiety and depression.

With the country having experienced two more subsequent lockdowns and a resurgence in Covid-19 cases, these outcomes are likely to have only gotten worse.

709 frontline NHS employees across nine intensive care units were surveyed as part of the KCL study.

Professor Neil Greenberg - who led the KCL study - said: "The severity of symptoms we identified are highly likely to impair some ICU staffs ability to provide high quality care as well as negatively impacting on their quality of life". 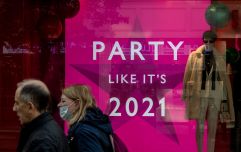 Brits urged not to socialise unnecessarily ahead of Christmas

END_OF_DOCUMENT_TOKEN_TO_BE_REPLACED

By November 2020, around 50 percent more doctors were contacting the BMA's mental health helpline when compared to the previous January.

The deputy chair of the BMA told The Independent that frontline staff were being left "physically and mentally scarred" due to the impact of working during the pandemic.

popular
Harrowing video shows teen blasted in the face with shotgun - and survive
Jurgen Klopp riled by line of questioning in pre-match Everton interview
Scotland international rugby star Siobhan Cattigan dies aged 26
Mum accidentally lists baby for sale and says she needs it 'gone today'
Woman wins millions after suing mum's GP for allowing her to be born
Elon Musk shares 'evidence' we are actually living in a simulation
Terrifying footage shows drunk woman who fell asleep at the wheel speed off at 100mph
You may also like
Sport
Belenenses to take legal action after being made to play with nine players
Sport
Bayern Munich's game against Barcelona to be played behind closed doors
News
Booster jabs for all over 18s announced, as government ramps up Omicron defences
News
Nicola Sturgeon tells Scotland: 'Work from home if possible'
News
Vegan who refused Covid jab because it was tested on animals dies of virus
Next Page