Greta Thunberg hit back at the Prime Minister Boris Johnson on Twitter after he made a comment about 'bunny hugging' in attempt to get other countries across the globe to take action against climate change.

END_OF_DOCUMENT_TOKEN_TO_BE_REPLACED

Speaking virtually at this year's Leaders Summit on Climate, hosted by the US President Biden, Johnson said: "It’s vital for all of us to show that this is not all about some expensive politically correct green act of ‘bunny hugging’ or however you want to put it. Nothing wrong with ‘bunny hugging’ but you know what I’m driving at."

British Prime Minister Boris Johnson said that the fight against climate change was not ‘all about some expensive politically correct, green act of bunny hugging’ https://t.co/8wfNzRjfAf pic.twitter.com/9MeNtdSSyM

In response to the PM's speech, the 18-year-old environmental activist took to Twitter in her usual style to mock yet another world leader on social media.

Thunberg changed her Twitter bio to include "bunny hugger" in a reported dig to the Prime Minister, following his speech at this year's climate summit. 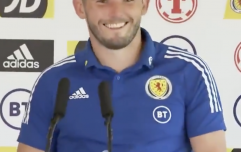 END_OF_DOCUMENT_TOKEN_TO_BE_REPLACED

In January 2020, Thunberg comically changed her Twitter name to 'Sharon' after Amanda Henderson wrongly said on Celebrity Mastermind that 'Sharon' was the name of the Swedish climate change activist that wrote Greta's famous book No One is Too Small To Make A Difference.

On Twitter, one user, who shared an image of Greta's new bio, said: "Just brilliant Twitter game by Greta #bunnyhugger."

Another person said: "Greta Thunberg has changed her bio to "bunny hugger" and I am here for this." 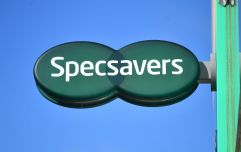 END_OF_DOCUMENT_TOKEN_TO_BE_REPLACED

Addressing the world leaders, Johnson said:  "I want to leave you with the thought that we can build back better from this pandemic by building back greener.

"Don’t forget that the UK has been able to cut our own CO2 emissions by about 42% on 1990 levels and we’ve seen our economy grow by 73%, you can do both at once. Cake have eat is my message to you."

He added: "Let’s work together on this."