London – not just a capital city or a city of culture, but a city of the world and a city of all cultures

For as long as London has stood there have been stories, back to the city that burned but did not break beneath the Blitz, immortalised in books. Back further through centuries of Empire, through fires and plagues, to the conquering Normans who built the grand seats of power at Westminster and Tower Hamlets that still stand today. Back to the beginning when the Romans dragged the fledging Londinium from the swamps of the Thames. From Defoe to Dickens, Conrad to Woolf, Greene to Orwell, the city has inspired the great writers. But what of the neglected and overlooked? Here are seven capital reads to reignite your love of London. 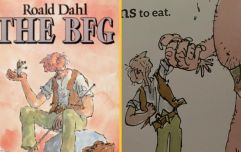 People are confused after spotting NSFW detail in BFG artwork

END_OF_DOCUMENT_TOKEN_TO_BE_REPLACED

London at war has thrown up a great many classic reads; the intrigue of Elizabeth Bowen’s The Heat of the Day, the tragedy of Graham Greene’s The End of the Affair, or the hidden lives and loves of Sarah Waters’s The Night Watch. Hanley, who had made his name in the thirties writing sea-faring novels that drew from his experiences in the merchant navy in the first war, distilled the Blitz spirit down to its absurd essence in his story of a single night in a neglected and bomb-rattled Chelsea house with its eccentric inhabitants. Depressed artists, drunken sailors, and fearful pensioners are squeezed together during the blackout in an comic and claustrophobic account of the bombing, written as an intense assault upon the senses.

THEN READ: A quarter of a century later, Hanley reworked his short novel into a longer work, A Dream Journey (1976), about Clem and Lena, the temperamental artist and his long-suffering wife.

If you're new to graphic novels, here's where to begin. https://t.co/RQqdEj8nqL

END_OF_DOCUMENT_TOKEN_TO_BE_REPLACED

The son of a Polish-Jewish immigrant, Baron was born during the first war and grew up in the East End, an activist and editor of the Communist magazine Challenge. His acclaimed first novel, From the City From the Plough, was informed by his service in the Pioneer Corps during World War II. The Lowlife is his masterpiece though, a seedy and joyous account of Harryboy Boaz, a degenerate gambler, as he spends his days in bed reading and his nights at the tracks losing. An inveterate liar and fantasist, Harryboy’s boasts of non-existent wealth and imaginary property portfolios lead him into cockamamie schemes, rubbing shoulders with high-class whores and low-rent tenants in the streets Hackney, and eventually, inevitably, to violence.

THEN READ: Skip the sequel, Strip Jack Naked (1966), and go back to Rosie Hogarth (1951), Baron’s penetrating sketch of a working class enclave in war-scarred Islington. END_OF_DOCUMENT_TOKEN_TO_BE_REPLACED

Ostensibly a fictional reconstruction of a series of murders between 1959 and 1965 that saw eight prostitutes die in London, at the hand of a killer dubbed Jack the Stripper because he left his victims naked, Seabrooks’s true subject is the grim heart of the city’s grind. Forget the chic London of the Swinging Sixties that was finally getting its mojo back after the war, this is the London of the Krays and of Peter Rachman, of gangsters and dark Soho back-rooms, of the Profumo Affair and bent coppers. The murders went unsolved, and Seabrook hardly seems bothered by uncovering the true culprit, instead laying out a study of a dank and oily metropolis, all of whose denizens are guilty simply by living there.

THEN READ: All the Devils Are Here (2002), Seabrook’s only other book, a collection of idiosyncratic reportage from coastal towns in Kent, building into an occult history of the fringes of the garden county.

A deceptively simple set-up – the dense London fog has cancelled all trains, and a party of wealthy young socialites are stranded at the station hotel – but Green wrings delicious drama out of these characters. In a world on the brink of toppling into catastrophic war, these characters exist in a perpetual state of transience even if they cannot get a train out of the city. Their lives and their loves are still in the making, formless and fragmentary, like the narrative itself. Characters poke and prod at one another with savage and caustic wit, their shallow jealousies rendered in Green’s typically atypical syntax. Yet, he doesn’t seek to skewer or humiliate them, for if this is a comedy of manners it is one interested only in delighting.

THEN READ: Green’s wartime London novels; Caught (1943), about a man’s unheroic stint in the auxiliary fire service during the Blitz, and Back (1946), the story of a tin-footed POW returning home.

A poet and revolutionary, this was Zaheer’s only novel. A landmark Urdu text that captures, in Joycean fashion, one night in the lives of Indian students in thirties Bloomsbury as they drift from pubs and coffee houses and parties, talking about love and Marxism like all students. The short novel easily lays open the cultural agents at work in the dynamics between London’s working classes and the city’s immigrants, and the flux of race and colonial issues, without ever feeling didactic. The characters are lively and plausible, particularly party host Naim and his attraction to Sheila. In confessing her love for another Indian man, she leaves Naim alone, both stirred and wounded by this English woman.

THEN READ: Brick Lane (2003), Monica Ali’s tale of a Muslim woman’s journey from her home to marry a Bangladeshi immigrant in East London, and Simi Bedford’s Yoruba Girl Dancing (1991), about a girl from Lagos who comes to study in Liverpool.

Frieda “Freddie” Wentworth runs the Temple Stage School for children in Fitzgerald’s wicked comedy, or rather, she manages to stave off destitution whilst maintaining a rigorous commitment to stage craft in the face of television and cinema, which she has no time for. In the early sixties, the characters orbit the school in Covent Garden and Freddie herself, who dominates the place. Ageing, charming, and utterly selfish, Freddie is “a sea creature on dry land,” and aims to keep the school running at any moral cost. Fooling and fleecing whoever she can, Freddie sends her charges out to perform in plays and musicals as she seeks investment in the school, but only on her own terms.

THEN READ: Fitzgerald’s Offshore (1979), a fictionalised account of her time living on boats in Battersea, and Human Voices (1980), for which she drew on her time at the BBC during World War II.

An exhilarating rundown of rascals and reprobates, Kersh’s novel is fleet and rambunctious, an unmade bed of a thing, freely jumping back and forth between characters and years through the first half of the twentieth century. Traitors and conmen, thieves and artists, singers and film producers, we meet them all through the Angle and Cuckoo café near Carnaby Street, and its good-natured owner, Steve Zobrany. Kersh is in love with all of his characters, even the dark-hearted and razor-wielding scoundrels, and you will be too. His eye for the city’s details is peerless, and he gathers together a kaleidoscopic London that is at once surreal and authentic.

THEN READ: Kersh’s Fowlers End (1958), a darkly comic story of a flea pit cinema and its staff and patrons, and their attendant depravities. Then watch Night and the City (1950), Jules Dassin’s masterful noir adaption of Kersh’s novel about a conman in London’s wrestling scene.

What are the best books about London?

Dominic Nolan’s debut novel, Past Life, is published in March 2019 by Headline.

popular
Liverpool crowned Premier League champions, but only on aggregate
Ukrainian refugee who ran off with dad finally speaks out and blames man's partner for split
This 'Welcome to Luton' prank sends Gatwick Airport arrivals into a frenzy
Topless mum in her undies rescues pet goose from bald eagle in crazy video
People with many sexual partners need to watch out for monkeypox, says chief doctor
Shocking moment lion rips off man's finger after he sticks his hand into zoo cage
Noel Gallagher left 'covered in blood' after headbutt from Ruben Dias’ dad
You may also like
News
Thugs jailed after throwing disabled OAP into boot of his own car in 'unprovoked' attack
News
Bermondsey stabbings: NHS worker killed along with three others identified for the first time
News
Bermondsey stabbings: Four people killed in south London house
Entertainment
Cillian Murphy moved his family out of London because his kids' accents were getting 'posh'
News
Extinction Rebellion close four of London's busiest bridges
Next Page